Q: What did Jesus think of the age of the Earth?
Click HERE  to find out, from Creation.com

Is the Big Bang in the Bible?

"1 The heavens declare the glory of God,
and the sky above proclaims his handiwork.
2 Day to day pours out speech,
and night to night reveals knowledge.
3 There is no speech, nor are there words,
whose voice is not heard.
4 Their voice goes out through all the earth,
and their words to the end of the world."
(Psalm 19:1-4)

"19 For what can be known about God is plain to them, because God has shown it to them. 20 For his invisible attributes, namely, his eternal power and divine nature, have been clearly perceived, ever since the creation of the world, in the things that have been made. So they are without excuse."
(Romans 1:19-20)

“Worthy are you, our Lord and God, to receive glory and honor and power, for you created all things, and by your will they existed and were created.”

6 By the word of the Lord the heavens were made,
and by the breath of his mouth all their host.
7 He gathers the waters of the sea as a heap;
he puts the deeps in storehouses.
8 Let all the earth fear the Lord;
let all the inhabitants of the world stand in awe of him!
9 For he spoke, and it came to be;
he commanded, and it stood firm.

12 I made the earth and created man on it; it was my hands that stretched out the heavens, and I commanded all their host.
(Isaiah 45:12)

18 For thus says the Lord,
who created the heavens
(he is God!),
who formed the earth and made it
(he established it;
he did not create it empty,
he formed it to be inhabited!):
“I am the Lord, and there is no other."

22 It is he who sits above the circle of the earth,
and its inhabitants are like grasshoppers;
who stretches out the heavens like a curtain,
and spreads them like a tent to dwell in;

"28 Have you not known? Have you not heard?
The Lord is the everlasting God,
the Creator of the ends of the earth.
He does not faint or grow weary;
his understanding is unsearchable.
29 He gives power to the faint,
and to him who has no might he increases strength.
30 Even youths shall faint and be weary,
and young men shall fall exhausted;
31 but they who wait for the Lord shall renew their strength;
they shall mount up with wings like eagles;
they shall run and not be weary;
they shall walk and not faint."

5 Thus says God, the Lord,
who created the heavens and stretched them out,
who spread out the earth and what comes from it,
who gives breath to the people on it
and spirit to those who walk in it:
6 “I am the Lord; I have called you in righteousness;
I will take you by the hand and keep you;
I will give you as a covenant for the people,
a light for the nations,
7 to open the eyes that are blind,
to bring out the prisoners from the dungeon,
from the prison those who sit in darkness.
8 I am the Lord; that is my name;
my glory I give to no other,
nor my praise to carved idols.
9 Behold, the former things have come to pass,
and new things I now declare;
before they spring forth
I tell you of them.”

12 It is He [God] who made the earth by his power,
who established the world by his wisdom,
and by his understanding stretched out the heavens.

1 O Lord, our Lord,
how majestic is your name in all the earth!
You have set your glory above the heavens.
2 Out of the mouth of babies and infants,
you have established strength because of your foes,
to still the enemy and the avenger.

3 When I look at your heavens, the work of your fingers,
the moon and the stars, which you have set in place,
4 what is man that you are mindful of him,
and the son of man that you care for him?

5 Yet you have made him a little lower than the heavenly beings
and crowned him with glory and honor.
6 You have given him dominion over the works of your hands;
you have put all things under his feet,
7 all sheep and oxen,
and also the beasts of the field,
8 the birds of the heavens, and the fish of the sea,
whatever passes along the paths of the seas.

“10 You, Lord, laid the foundation of the earth in the beginning,
and the heavens are the work of your hands;
11 they will perish, but you remain;
they will all wear out like a garment,
12 like a robe you will roll them up,
like a garment they will be changed.
But you are the same,
and your years will have no end.”

4 For every house is built by someone, but the builder of all things is God.

1 This is now the second letter that I am writing to you, beloved. In both of them I am stirring up your sincere mind by way of reminder, 2 that you should remember the predictions of the holy prophets and the commandment of the Lord and Savior through your apostles, 3 knowing this first of all, that scoffers will come in the last days with scoffing, following their own sinful desires. 4 They will say, “Where is the promise of his coming? For ever since the fathers fell asleep, all things are continuing as they were from the beginning of creation.” 5 For they deliberately overlook this fact, that the heavens existed long ago, and the earth was formed out of water and through water by the word of God, 6 and that by means of these the world that then existed was deluged with water and perished. 7 But by the same word the heavens and earth that now exist are stored up for fire, being kept until the day of judgment and destruction of the ungodly.

8 But do not overlook this one fact, beloved, that with the Lord one day is as a thousand years, and a thousand years as one day. 9 The Lord is not slow to fulfill his promise as some count slowness, but is patient toward you, not wishing that any should perish, but that all should reach repentance. 10 But the day of the Lord will come like a thief, and then the heavens will pass away with a roar, and the heavenly bodies will be burned up and dissolved, and the earth and the works that are done on it will be exposed.

11 Since all these things are thus to be dissolved, what sort of people ought you to be in lives of holiness and godliness, 12 waiting for and hastening the coming of the day of God, because of which the heavens will be set on fire and dissolved, and the heavenly bodies will melt as they burn! 13 But according to his promise we are waiting for new heavens and a new earth in which righteousness dwells.

1 Bless the Lord, O my soul!
O Lord my God, you are very great!
You are clothed with splendor and majesty,
2 covering yourself with light as with a garment,
stretching out the heavens like a tent.
3 He lays the beams of his chambers on the waters;
he makes the clouds his chariot;
he rides on the wings of the wind;
4 he makes his messengers winds,
his ministers a flaming fire.

5 He set the earth on its foundations,
so that it should never be moved.
6 You covered it with the deep as with a garment;
the waters stood above the mountains.
7 At your rebuke they fled;
at the sound of your thunder they took to flight.
8 The mountains rose, the valleys sank down
to the place that you appointed for them.
9 You set a boundary that they may not pass,
so that they might not again cover the earth.

10 You make springs gush forth in the valleys;
they flow between the hills;
11 they give drink to every beast of the field;
the wild donkeys quench their thirst.
12 Beside them the birds of the heavens dwell;
they sing among the branches.
13 From your lofty abode you water the mountains;
the earth is satisfied with the fruit of your work.

14 You cause the grass to grow for the livestock
and plants for man to cultivate,
that he may bring forth food from the earth
15 and wine to gladden the heart of man,
oil to make his face shine
and bread to strengthen man’s heart.

16 The trees of the Lord are watered abundantly,
the cedars of Lebanon that he planted.
17 In them the birds build their nests;
the stork has her home in the fir trees.
18 The high mountains are for the wild goats;
the rocks are a refuge for the rock badgers.

19 He made the moon to mark the seasons;
the sun knows its time for setting.
20 You make darkness, and it is night,
when all the beasts of the forest creep about.
21 The young lions roar for their prey,
seeking their food from God.
22 When the sun rises, they steal away
and lie down in their dens.
23 Man goes out to his work
and to his labor until the evening.

24 O Lord, how manifold are your works!
In wisdom have you made them all;
the earth is full of your creatures.
25 Here is the sea, great and wide,
which teems with creatures innumerable,
living things both small and great.
26 There go the ships,
and Leviathan, which you formed to play in it.

27 These all look to you,
to give them their food in due season.
28 When you give it to them, they gather it up;
when you open your hand, they are filled with good things.
29 When you hide your face, they are dismayed;
when you take away their breath, they die
and return to their dust.
30 When you send forth your Spirit, they are created,
and you renew the face of the ground.

31 May the glory of the Lord endure forever;
may the Lord rejoice in his works,
32 who looks on the earth and it trembles,
who touches the mountains and they smoke!
33 I will sing to the Lord as long as I live;
I will sing praise to my God while I have being.
34 May my meditation be pleasing to him,
for I rejoice in the Lord.
35 Let sinners be consumed from the earth,
and let the wicked be no more!
Bless the Lord, O my soul!
Praise the Lord! 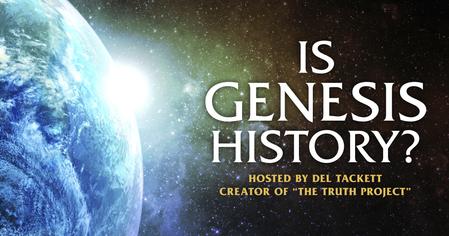 "In the beginning, God created the heavens and the earth. "

"For in six days the Lord made heaven and earth, the sea, and all that is in them, and rested on the seventh day. Therefore the Lord blessed the Sabbath day and made it holy."